The BMLA Rep program offers an opportunity for selected players in our paperweight, tyke, novice, peewee, bantam and midget divisions to practice and play at a highly competitive level.  BMLA teams play in Zone 4 which is comprised of teams in Orillia, Huntsville, Stayner, Shelburne, Innisfil, Midland and a few other outlying areas.  The majority of our travel games would be within the Zone, but in many cases, you will play regular season out of Zone games in places such as Newmarket, Brampton, Orangeville, Mimico and more.

Rep teams will enter multiple weekend tournaments during the course of the season, with a maximum of two requiring overnight accommodations.   Tournament selection is the responsibility of the Head Coach and supporting staff.  The OLA Provincial lacrosse championships wrap up the Rep season in early August, usually taking place in Whitby.

Since these Rep players are selected to represent the BMLA in provincial-based competitions, a higher level of commitment is required of these players than would be expected at the house league level.   For 2016, rep players can expect to be on the floor a minimum of three times a week, excluding weekend tournaments.  For many rep players, lacrosse is their #1 sport and in order to further their development, we have to ensure they are receiving ample floor time.  We're anticipating two home practices and one home game a week, along with one away game a week.  Tournament selection is up to the team staff and will sometimes be decided prior to the season, as spots fill quickly.  Contact the VP of Rep if you have any questions. 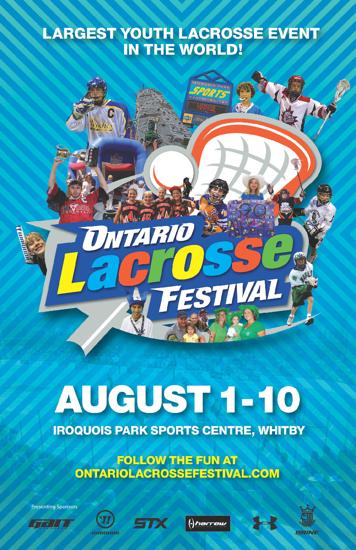